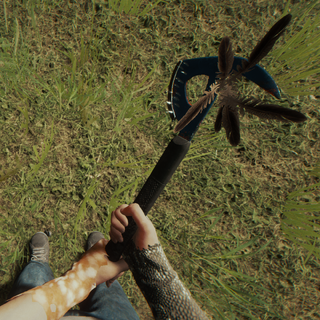 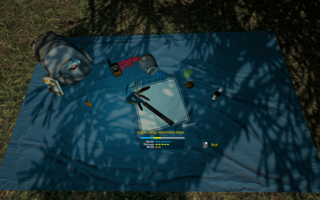 Because there is a diminishing return on 30 of one upgrade type, adding 30 glass to a weapon actually is not the highest damage possible.

Speed upgrades are also known as feather upgrades, they are permanent.

Paint upgrades have been removed from the game as of v1.0. Information is left here for reference purposes.
Painting a weapon wasn't technically an upgrade, though it was altering the weapon. It did not increase any stats or change the weapon any in way except its color. Only the plane axe, upgraded stick, and upgraded rock were able to have their weapons color changed. They required the paints to be crafted first: