From The Forest Wiki
(Redirected from Slept)
Jump to: navigation, search 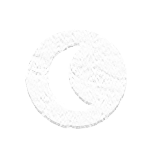 Sleeping is a gameplay aspect that allows you to progress time faster but does not save your game (press 'C' to save).

The player is able to sleep if they are inside of or nearby a shelter and the player has not already slept recently. Sleeping restores energy and will skip to day if the player begins sleeping at night.

Staying awake for long periods of time affects your energy, but it poses no danger. Energy can be restored very easily by eating, drinking or resting on a bench. Depriving yourself of sleep has no effect whatsoever on your health. The animation for sleeping starts when the player holds down the 'Z' key then followed by a black screen.

Sleeping is not an essential part of the game. You don't need to sleep., but sleeping does have benefits including: