From The Forest Wiki
(Redirected from Red Man)
Jump to: navigation, search 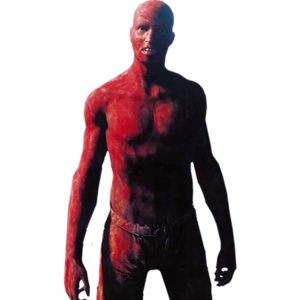 Dr. Matthew Cross, also known as the Red Man or the Red Cannibal, is the primary (though mostly unseen) antagonist of The Forest. He is first seen at the plane crash, kidnapping the player's son, Timmy. He is only ever seen in Red Paint.

As the player explores the peninsula and furthers the story line, it becomes clear that Dr. Cross is a scientist who worked for Sahara Therapeutics and performed experiments involving children and the obelisks before getting fired by the company for misuse of the equipment. After his daughter Megan was killed by an Armsy that had escaped containment, Cross used the Resurrection Obelisk to revive his dead daughter by using Timmy as a sacrifice. At some point after Megan was revived, someone, possibly Megan herself, murdered her father by stabbing him in the neck, eyes, and mouth with crayons.

Cross' corpse can be found in the research lab, wearing his traditional red paint.

Cross can be spotted at numerous locations, depending if you approach the area from specific direction otherwise he will not spawn. If done correctly, he will spawn and stand there looking at the player. If the player gets too close, he will perform an action then disappear, such as he will run away. The most common place to see him is on the yacht, as he is surround by water he will generally spawn almost always. Here is a map of the Red Man's possible locations. There may be more that aren't listed. Map supplied by The Forest Map and the locations were provided by Zebulon: 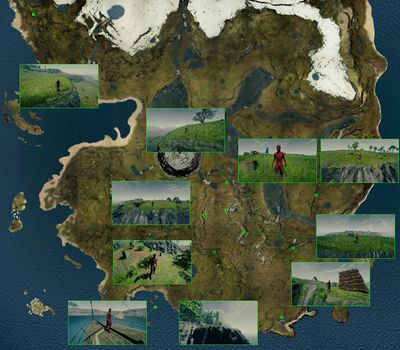 This is a short list of items belonging to Dr. Cross that the player can find and interact with.