This article is about the unofficial variant, for the official FAQ, see Developers FAQ

If you know a common question that gets asked and you know the answer, feel free to add it here: 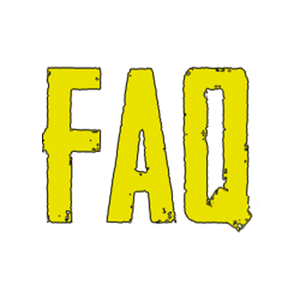 How Do I Breed Rabbits?[edit | edit source]

Rabbits have a 10% chance to breed each time the player sleeps when there are 2 to 4 rabbits in a cage. For more info, check the Rabbit page.

TIP: If you really want the rabbits to breed, save before sleeping and keep reloading until those rabbits breed.

What Does The Red Paint Do?[edit | edit source]

What Do Effigies Do?[edit | edit source]

How do I do I remove buildings?[edit | edit source]

To remove most buildings, you can use the Hole Cutter. However, some buildings will have holes cut in them by using this. To destroy these buildings, attack them repeatedly until they are destroyed. Ensure you have 'Building Destruction' turn on while you are doing this otherwise they won't be able to be destroyed. This can be found in the menu during the game under gameplay.

How Do I Add/Remove Tree Stumps?[edit | edit source]

Hit Tree Stumps with a weapon until they break. Your weapon damage determines how many hits they require. They cannot grow back without the use of Console Commands or mods.

How do I finish the game?[edit | edit source]

To finish the game, you will need the following items: Rebreather, Climbing Axe, and the Keycard. Once all these items have been collected. Then you must find a way to the bottom of the sinkhole, the lake in the middle has a water based cave that will lead you to the end game, though it is challenging.

How Do I Kill Mutants?[edit | edit source]

First of all, try not to panic! Mutants have much higher health than cannibals, they also hurt you A LOT more. They take a lot more damage before they go down though they will eventually die. Using a crafted bow or a modern bow is one of the easiest ways to kill them as you can keep your distance. Fire is an effective way also, use Molotovs or Fire Arrows. Mutants won't run away from bombs, so they can be a good option also. Traps are also a good way. Practice and you may find a way that suits you best.

Are the packs of wandering natives that circle the plane ridiculously OP or is my game just derping? Also, why are so many near the starting zone?[edit | edit source]

Yes, they can be difficult to deal with. The developers made them like that to keep the game challenging. They are supposed to be strong to put a sense of fear into the players to make them choose how they survive on the island. Most of the cannibals wandering around are just scouting parties. The Plane did make a lot of noise crashing down so it makes sense that they come to investigate.

How can I fight the cannibals effectively?[edit | edit source]

Fire and traps are pretty effective ways in dealing with the cannibals.