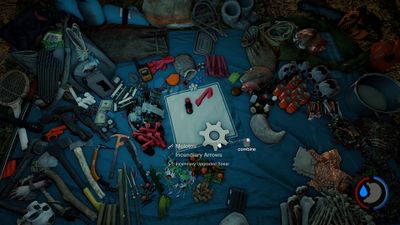 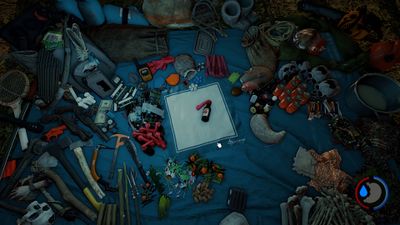 The result of right-clicking the crafting gear. 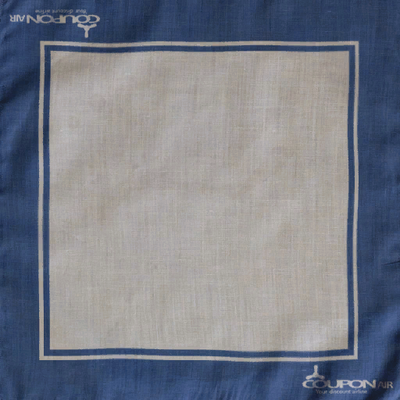 For example, to craft a Molotov, place cloth and booze on the crafting mat in the center of the inventory. When the gear appears (It will appear instantly if done correctly), right-click it, and then right-click the Molotov that appears in place of the Cloth and Booze.

A full list of all the available crafting materials that are in the game so far can be found here.

This is an A4, single page, black and white printing guide available to be printed out.
File:The Forest Crafting Guide 2019.pdf

Used to sling throwable rocks at animals or cannibals. It has an area of effect which makes it execellent for hunting rabbits, lizards, fish etc. Its ammunition can be increased by crafting a Throwable Rock Bag.

Used to launch arrows, good for hunting. You can find sticks on the forest floor and from cutting down small trees, cloth can be found in suitcases, and rope can be found in villages, caves, and boats. Or, you can craft rope with seven cloth.

A crafted club is made with a stick and skull. You can make a skull by cooking a cannibal's head on a fire, or finding them scattered around in the caves and the Peninsula.

May be painted and/or used as a weapon. Sticks are found strewn on the forest floor, and can be harvested from small trees. Cloth can be found in suitcases, on the beach and on cannibal "clotheslines."

May be painted and/or used as a weapon, but cannot be used in place of a normal rock in crafting.

Can be used as both a held weapon and a projectile.

Can be used as both a held weapon and as a projectile.

Can be used as both a held weapon and as a projectile.

Single shot pistol, requires reload after each shot. Uses old gun ammo. All parts must be found before it can be crafted.

Ammunition for the Crafted Bow or Modern Bow, they can be lit on fire with your lighter. Feathers can be harvested from killed birds, be it in the forest or on the beach. Sticks are strewn on the forest floor and from lumbering small trees.

NOTE: Poison Arrows also provide a Light Source and can be used to scout in Cave. (This currently works as of 05/23/18, it is unknown that whether or not this is intentional from devs)

The most common form of an arrow. Best used for crafting other types of arrows.

These arrows do 40% more damage than regular arrows. They are more expensive, however.

These arrows apply a poison effect which causes damage over time, slows the enemies movement speed and also slows their attack speed.

These arrows need to be lit first for the fire effect to take place. These will set enemies and animals on fire, causing more damage.

These weapons need to be thrown in order to be effective.

Molotovs need to be lit first, explode on contact and set everything in a small area on fire. They deal enough damage to kill weaker cannibals and all animals with one hit,
but stronger cannibals and mutants can withstand several molotovs. Their effectiveness is weakened in the rain.
Booze and cloth are found in suitcases, around the beach and at cannibal villages.

Bombs are throwable explosive devices. The coins are found near the plane and in suitcases as well as inside the cannibal camps/caves, most easily found on the beach (you can dig them up using a stick on the ground as well as throwable rocks). The circuit board is not rare and found near the plane and inside boxes at the beach (re-spawns after a short period of time) and also found in caves, villages, and campsites. Booze is found in the plane as well as on the beach, suitcases, caves and villages.

Can be thrown and similar to the bomb (it must be heavier as it does not travel as far when thrown); it is a one hit kill and can kill multiple enemies if they are close.

Like the name suggests, it sticks when it touches something after thrown. It can be used to cut down a small amount of trees, but is also more useful in killing groups of enemies.

Items that can be worn. Some are permanent like the Snowshoes and Rabbit Fur Boots, the others can be removed by damage.

This doesn't require crafting and can be worn without any recipe. It provides armor but no stealth.

An enhanced version of the standard lizard skin armor. It lowers your visible range to the cannibals, and it can be crafted using lizard skin and leaves. Leaves are incredibly common and obtained from any tree or bush.

Bone Armor offers twice the protection of lizard skin armor. Though it provides no Stealth

Allows the player to travel faster in the snow. They cannot be worn at the same time as rabbit fur boots.

Adds 20% protection from the cold as well as increasing stealth. Cannot be worn at the same time as snowshoes.

Adds 100 Cold Armor which can help protect you from the cold. It is a full suit of armor.

These items will allow storage or extend the storage of certain items if you craft them.

Used for transporting water with you.

Allows you to gather berries and mushrooms to eat later or for crafting.

Allows you to carry 20 sticks as opposed to 10.

Allows you to carry 10 rocks as opposed to 5.

Allows you to carry 25 small rocks as opposed to 10.

Allows you to carry 20 more arrows.

Allows you to carry up to 5 weak spears as opposed to 1.

Rope can either be found in some cannibal villages or crafted by combining strips of cloth.

Very useful when low on medicine and poorly equipped. It heals for the same amount as medicine found in suitcases, and can be crafted using Aloe and Marigold. These are most commonly found past the treeline, some distance from the beach. Up to five can be stored in the inventory.

Heals your health to full, and can be crafted using Aloe Vera, Marigold and Coneflower. Up to five can be stored in the inventory.

Very useful when low on energy, and works as a natural alternative to soda. It restores the same amount of energy as soda, and can be crafted using Chicory and Coneflower. These are most commonly found among the trees. Up to five can be stored in the inventory.

Restores your energy to full, and can be crafted using Chicory, Coneflower and Aloe Vera. Up to five can be stored in the inventory.

The Toy is a unique item which can be used as a weapon, though its main purpose is part of the story and crafting it will provide an achievement.

There are many types of upgrades that can be applied to many weapons. There are permanent upgrades and temporary upgrades.

Upgrades the speed of a weapon, though slightly reduces its damage.

Upgrades the damage of a weapon, though slightly reduces its speeds.

Upgrades the damage of a weapon more than teeth, though reduces its speed more so.

Provides a temporary poison upgrade that wears of after a number of hits.

Provides a temporary fire upgrade that wears off after a number of strikes or after burning for a short period of time.

Attaches a flashlight to the Chainsaw, Crafted Bow, Modern Bow, & Flintlock Pistol to provide a light source while using that weapon. It cannot be removed once attached. It will drain the flashlight battery though can be recharged with more batteries. More Flashlights can be obtained and attached to the other weapons.

Will allow you to paint the plane axe, upgraded stick, and upgraded rock blue. It is also used in the construction of a wood target.

Will allow you to paint the plane axe, upgraded stick, and upgraded rock orange.

Paints the weapon blue, it does not affect the stats of the weapon, therefore it is complete cosmetic and not considered to be an upgrade. Only the Plane Axe, Upgraded Rock, and Upgraded Stick can receive a paint job.

Paints the weapon orange, it does not affect the stats of the weapon, therefore it is complete cosmetic and not considered to be an upgrade. Only the Plane Axe, Upgraded Rock, and Upgraded Stick can receive a paint job.